Vaping has become increasingly more common over the last few years. The vape industry is now booming, but 10 years ago was barely even heard of. It was in 2003 that a pharmacist and smoker invented the e-cig, opening up new doors for smokers and eventually, cannabis users. Vape pens are simple in design, and have various features like LED displays, Bluetooth, and app compatibility. The use of vape pens are said to have been part of the reason that using marijuana became more acceptable.

Vaping Has Become Increasingly Common, and Widely Accepted Among Populations 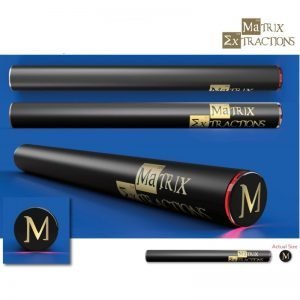 There are some benefits to using disposable vape pens that are worth knowing.

Its size makes it simple to bring with you and fit inside your bag, and its design makes it discreet. Rather than the design of a bong, a disposable vape can easily be hidden or thought of to be an e-cigarette making it more socially acceptable in public.

Bongs, pipes, really anything with marijuana needs to be cleaned extensively. The residue from burning the dried flower builds up, and over time, ends up clogging up the airway. Disposable vapes don’t require this kind of maintenance. With few pieces to it, all there really is, is a tank that the oil is held on, the atomizer, which is the heating element, the battery which powers the device, and then the mouthpiece. Because of the design and that it’s an oil, there isn’t any residue or gunk to clean. This device offers minimal maintenance.

I’m sure you’ve seen the bongs that look very complicated. The great thing about a disposable vape is that it is so simple to use. All you do is inhale on the mouthpiece, and exhale. That’s it. You don’t need to pack the bowl, or clean anything or fill something with water. It’s as simple as just putting the mouthpiece to your lips and gently inhaling.

Vaping, While Relatively New, Is Widely Accepted Among Cannabis Users for Several Reasons

Disposable vapes are convenient and easy to maintain. Research suggests that cannabis users prefer vaping as opposed to using other forms to consume because of the lack of smoke. It is a lot more gentle on the lungs, (though does come with its risks). Disposable vape pens offer a variety of flavours and THC and CBD levels, ensuring everyone’s experience is enjoyable and exactly what is needed.

If you’re interested in shopping for a disposable vape pen, check out our shop here.