A guide to the use and benefits of the Full-extract Cannabis Oil known as Phoenix Tears.

Full-extract Cannabis Oil (FECO), as the name might suggest, is an extract of cannabis that contains the full range of active compounds present in the cannabis plant.

While most cannabis extraction methods focus on extracting specific compounds and cannabinoids from the plant, Full-extract Cannabis Oil produces an end result that retains all of the active compounds found in cannabis.

Full-extract Cannabis Oils are usually sold in dropper bottles or in a special vial called a distillate syringe. They are marketed under various names and brands such as Rick Simpson Oil, fully-extracted cannabis oil, hashish oil, or just plain cannabis extract.

One of the most common of these brand names is the evocative and exotic-sounding Phoenix Tears.

Let’s take a look at how Phoenix Tears came about, and how this highly concentrated cannabis product can be used effectively. 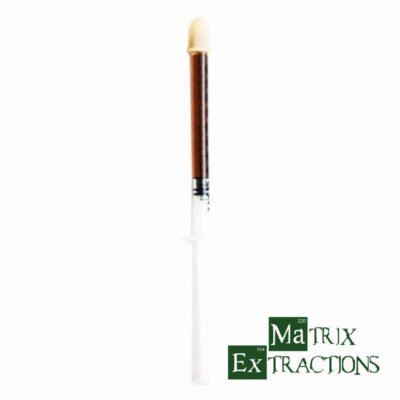 Phoenix Tears take their name from an episode in the novel Harry Potter and the Chamber of Secrets, in which the tears wept by a pet Phoenix (a mythical bird) heal a spider bite on Harry’s leg.

“The phoenix had fluttered to the floor. It was resting its beautiful head against Harry’s injured leg, and thick, pearly tears were falling from its eyes on to the wound left by the spider. The pain vanished. The skin mended. The leg was repaired.”

Phoenix Tears cannabis oil is used to treat a wide range of ailments illnesses and conditions. And although there are, as yet, no scientific studies into its effects, there is plenty of anecdotal evidence for its efficacy.

The creator of Phoenix Tears was motivated by the need to find a natural remedy for his basal cell skin cancer.

Rick Simpson had been inspired to try cannabis as a treatment for the cancerous lumps on one of his arms by the results of a study published in the Journal of the National Cancer Institute. And although the medical community refused to accept that cannabis oil had alleviated his condition, Mr. Simpson’s oil nevertheless found wide acceptance among the users of natural remedies.

Since the early 2000s, when Phoenix Tears entered the market, its users have discovered that it has many and varied health benefits and can be used to help with a variety of illnesses and conditions.

Some of the conditions that Phoenix Tears has been used to alleviate include:

Phoenix Tears can also be used as an emollient to soften and smooth hard skin.

Some claims have also been made by users that the oil also relieves the acute and chronic pain caused by arthritis, back injuries and migraines.

The phrase “entourage effect” was introduced in the late 1990s and is described as “a cooperative cellular response to the different chemicals and substances contained in cannabis extracts.”

The theory is that the different compounds present in cannabis work in concert to create a “sum of all parts” effect. It also holds that without all of the compounds being present, the full effect of this synergistic mechanism would not be felt.

Rub it in, Vape it or Ingest it.

Phoenix Tears are able to be taken in a number of ways depending on the condition that users are intending to treat.

It can, of course, simply be added to tobacco and smoked in the traditional way. There are also a number of other methods by which it can be administered.

Ways to use Phoenix Tears

Another downside of vaping Phoenix tears is its thick consistency, which means that vape pens may find it difficult to vaporize the oil properly.

Your supplier can advise you on the correct pen to use for Phoenix Tears, and products such as organic vegetable glycerin that can be used to thin the Phoenix Tears down in order for the vape pen to work more efficiently. 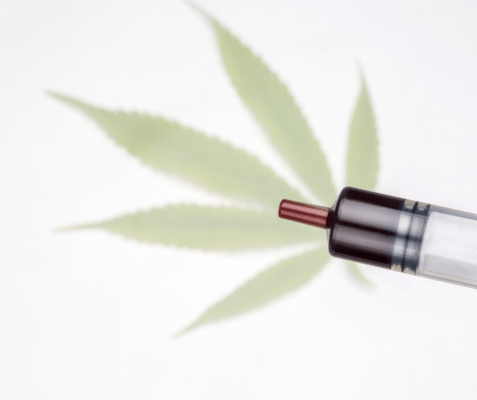 Many people prefer to take their dose of Phoenix tears sublingually, which literally means “under the tongue.” This is an especially effective method as the blood supply in that part of the mouth means that that the effects of the oil begin to be felt in just a few minutes.

If consuming the extract, on the other hand, it may take between 30 minutes to 2 hours to produce the impact that the user desires. The effect, however, may last up to 8 hours depending on the individual’s metabolism and the potency of the Phoenix tears that they are consuming.

Because of its chemical composition, and possible traces of solvents remaining in the oil, Phoenix Tears might have a slightly unpleasant and bitter taste.  Not to worry, the extraction process uses alcohol as the solvent so it’s harmless even if there are some traces left over after the evaporation process.

A great way to mask this taste is to mix your Phoenix Tears into foods such as bananas, whose flavour will offset the bitter taste.

It is relatively simple to make your own Phoenix Tears extract and there are numerous recipes and methods available online.

Essentially, all you need is a supply of high-quality cannabis, an extraction solvent such as food-grade ethanol, and a rice cooker.

There are, however, several problems associated with DIY cannabis oil extraction.

Out with a Bhang

The problem with making FECOs at home is that the solvents you need to use can be toxic and flammable. This can lead to explosions and fires… not to mention damage to your precious rice cooker!

Most homemade FECOs have issues with the concentration levels of THC and CBD contained within them.

The only way to check these factors is by making use of formal laboratory testing systems.

For this reason, pre-made Phoenix Tears products, produced using standardized production equipment, are vastly preferable to making it yourself.

Take Flight With the Phoenix.

Despite the lack of scientific evidence about the efficacy of Phoenix Tears, users of this natural remedy speak volumes about its value as a part of their holistic medicine regimes.

The friendly and highly-skilled staff at Matrix Extracts can give you all the information you need about Phoenix Tears, and help you to choose the correct equipment that you will need to take your own flight with the Phoenix.