A look at the compounds found in modern extracts of the cannabis plant.

In this article, we will delve into the composition and benefits of one of these resulting products: the high terpene full-spectrum extracts that are more commonly referred to as HTFSEs.

Since cannabis was legalized in Canada in 2018, many cannabis-related products that were formally only available via unofficial outlets have entered mainstream use.

Alongside the acceptance of cannabis as a legitimate addition to both recreational and health-conscious consumers, there has been a growth in science-based, laboratory techniques for obtaining ever more concentrated (and ever more potent) forms of cannabis derivatives.

During the laboratory process used to distill the active ingredients from cannabis, two different types of the extract are produced.

High-terpene full-spectrum extracts can be defined as cannabis extracts containing the full range of therapeutic compounds from the plant’s trichomes.

The percentage combinations of active substances contained in an HTFSE will depend on the composition and quality of the plant material that was used in the extraction.

Depending on their consistency and texture, HTFSE extracts are sometimes called Sauce.

Low in Fat, High in Terpenes

If you are new to the world of cannabis and its offshoots (pun intended!), the word terpene will crop up (another pun, sorry) consistently as you explore this intriguing green world.

We’ll get to these fascinating and complex compounds a little later on…but first, let’s return to the HTFSEs.

Full-spectrum extracts are derived with the goal of preserving the complex range of compounds contained by the raw cannabis plants in their original state.

In this context, the term “spectrum” is the key. It is used to denote the full range of compounds found in the plant’s trichome glands and extracted from the plant without including any undesirable extra molecules such as waxes, lipids, and fats.

The effects that users of cannabis experience when they consume HTFSEs are the result of the complex mixture of cannabinoids, flavonoids, and terpenes that are produced within the plant’s glandular trichomes.

This is best summed up by the phrase “entourage effect” which describes the way that the compounds contained in HTFSEs work together synergistically to produce the user’s desired outcome. If one or more of the compounds is missing, the effects of the product will be in some way diminished.

Cannabis trichomes are tiny fibres found on the exterior surfaces of cannabis flowers.

These appendages produce and secrete many of the plant’s active compounds, especially terpenes and cannabinoids.

Trichomes can be found on most of a cannabis plant’s surface but they are primarily produced on the leaves, on the flowers, and on the bracts that surround the flower’s reproductive sections.

The trichomes look like tiny hairs and give the cannabis plant a sticky, sugary kind of feel, and a glittering, crystalline sheen.

The word trichome comes from a Greek word, trichōma, meaning “hair.” These fine outgrowths are found on many plants, and also on lichens and algae.

In plants, trichomes are simply referred to as secondary roots on the parts of the plant that are underground. They assist with absorbing nutrients and moisture from the soil.

On the above-ground parts of the plant, the primary function of the trichomes is to protect it from such things as:

It is this pest-controlling aspect of the trichomes which are the really magical part of the cannabis plant.

The terpenes and cannabinoids that provide pest and disease defense for the cannabis plant are secreted by small, bulbous glands at the base of each trichome.

The terpenes help the plant maintain optimal surface-level humidity, act as a chemical deterrent to marauding insects and can even trap and confine them in their sticky clutches.

Evolution has provided the cannabis plant with these cool and groovy substances (terpenes and cannabinoids) for specific and practical reasons.

So now let’s see how they can be used by humans for equally cool and groovy outcomes.

When any full-spectrum extract is derived from cured cannabis flowers, the resulting concentrate will separate into two different fractions. One of these, known as HCFSE, is a sugary substance containing around 90% TCHA (Tetrahydrocannabinolic acid).

HTFSEs, on the other hand, form a gritty liquid with a sauce-like consistency and are composed of approximately 50% TCHA and from 13% to 40% terpenes.

The Choice is Yours

Whether you choose to use HTFSE or HCFSE will depend on the kind of therapeutic effect, and amount of intoxication, that you are looking for in an extract.

Also worth noting that the so-called “Entourage Effect” comes into play with both kinds of extracts. This is the synergistic effect of the many different compounds found in an extract, all working in harmony, to produce a perfectly rounded effect.

Advice is Close at Hand 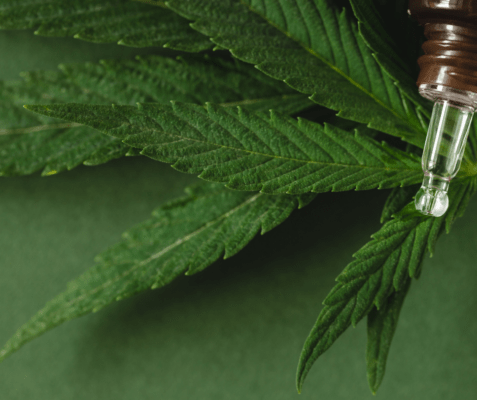 HTFSEs are generally sold in a container called a distillate syringe. As the name might imply, this allows the user to take a carefully measured and controlled amount of the oil.

A syringe is perfect for measuring out the correct amount of oil if you are following a recipe for, say, cookies.

Using a distillate syringe also makes it easier for the cannabis oil, which can be extremely thick and viscous. You don’t want to waste any of the precious oil by inadvertently spilling it on your shirt!

Users wishing to buy concentrates online in Canada should consult their chosen supplier for advice about the best cannabis oil for their needs.

The staff at Matrix Extracts will be only too pleased to assist you with any questions you may have about HTFSEs or any other cannabis product.

Let us send you a Free Shatter Sample on us!

Let us send you a Free Shatter Sample on us!